MANN.EKANTHJI’S BIRTHDAY AND INAUGURATION OF SCIENCE AND ARTS EXHIBITION
An embodiment of all powers,hardwork, intelligence,,truth and triumph Mann.Eknathji’s birthday was celebrated on 19th November 2015. Rememberance and reverence was paid by honouring such an esteemed personality for his wordless works for society . In addition to that the usual inauguration was done for science and arts exhibition too. Every year students are given a golden opportunity to show their talent and brilliance in the field of science and arts. Students , this year too exhibited their talents through various models and works. 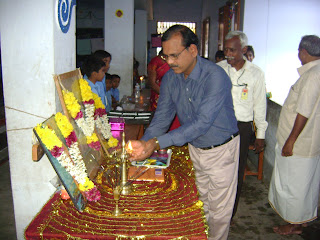 The function began in a fine afternoon with an invocation to God, who has been so kind for our school’s progress. The sweet voice of 8th std sisters seemed to fill up the God’s mind with everlasting joy.

Welcome address pleases hearts to participate with a smile to be  a part in the function. Such a smily welcome address was delivered by N.Dhivya Bharathi of XI Std. 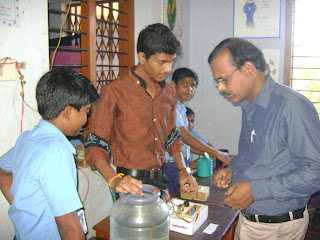 Followed by the release of hand written magazine was the Chief guest address.  Sri. V.Thangaputhiavan, Senior Scientist of ISRO, Mahendragiri was a Man of simplicity by appearance and speech but really a highly distinguished person by intelligence and behavior. His words really made us feel proud of our students. He was inspired by the scienticfic  exhibition and the manners through which the children behaved. He spoke happily about the talents brought out by students. He gave various valuable and unknown facts about ISRO, about rockets and the universe . He kindled the spirit of students to become a scientist. His speech was a valuable one. 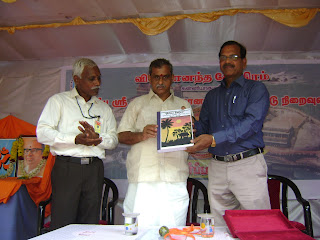 Music enhances mind with full love for nature. Song when mixed with music brings in an unknown happiness that one could enjoy forgetting themselves. Such a wonderful song praising Eknathji was sung with combination of music. 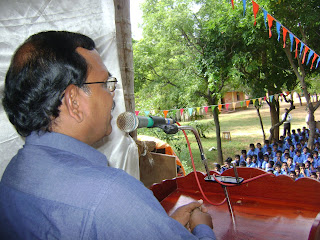 Our beloved  Special guest Mnn. Hanumantaraoji, Treasurer of Vivekananda Kendra spoke about limitless effort laid by Eknathji Ranade to construct the memorial. He clearly explained the sufferings undergone by Eknathji in his endeavours  to move each and every step to lay down the memorial that stands ajar today commemorating the great saint Swami Vivekananda. He also told about the tremendous change undergone in  Kanyakumari after the construction of Rock Memorial
. 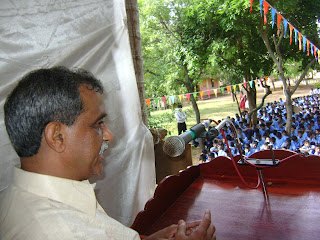 Memory that speak of rememberance. To make the day and the experience a memorable one, our Special guest handed  over a memento to the Chief guest.
It was a fine beginning for the function as such a fine end was to be drawn. To fulfill it with satisfaction our student K. Abinaya of VIII Std presented the vote of thanks. She thanked  everyone for their cooperation till the end to make it a grand one.
The program was finally ended up with Kendra prayer.
***************************