The welcome and adoration that was given to the speeches of Swami Vivekananda during the parliament of Religions at Chicago made it clear that world is in need of the message of Bharat. Swami Vivekananda addressed the audience as ‘Sisters and Brothers of America ’      it had an electrifying effect on them. It was not merely a form of address but behind those words were the great spiritual strength of India. For the first time to western audience the message of Universal Brotherhood and its proper understanding was given by  Swami Vivekananda. Therefore Mananeeya Eknathji wanted this day to be celebrated as Universal Brotherhood day. 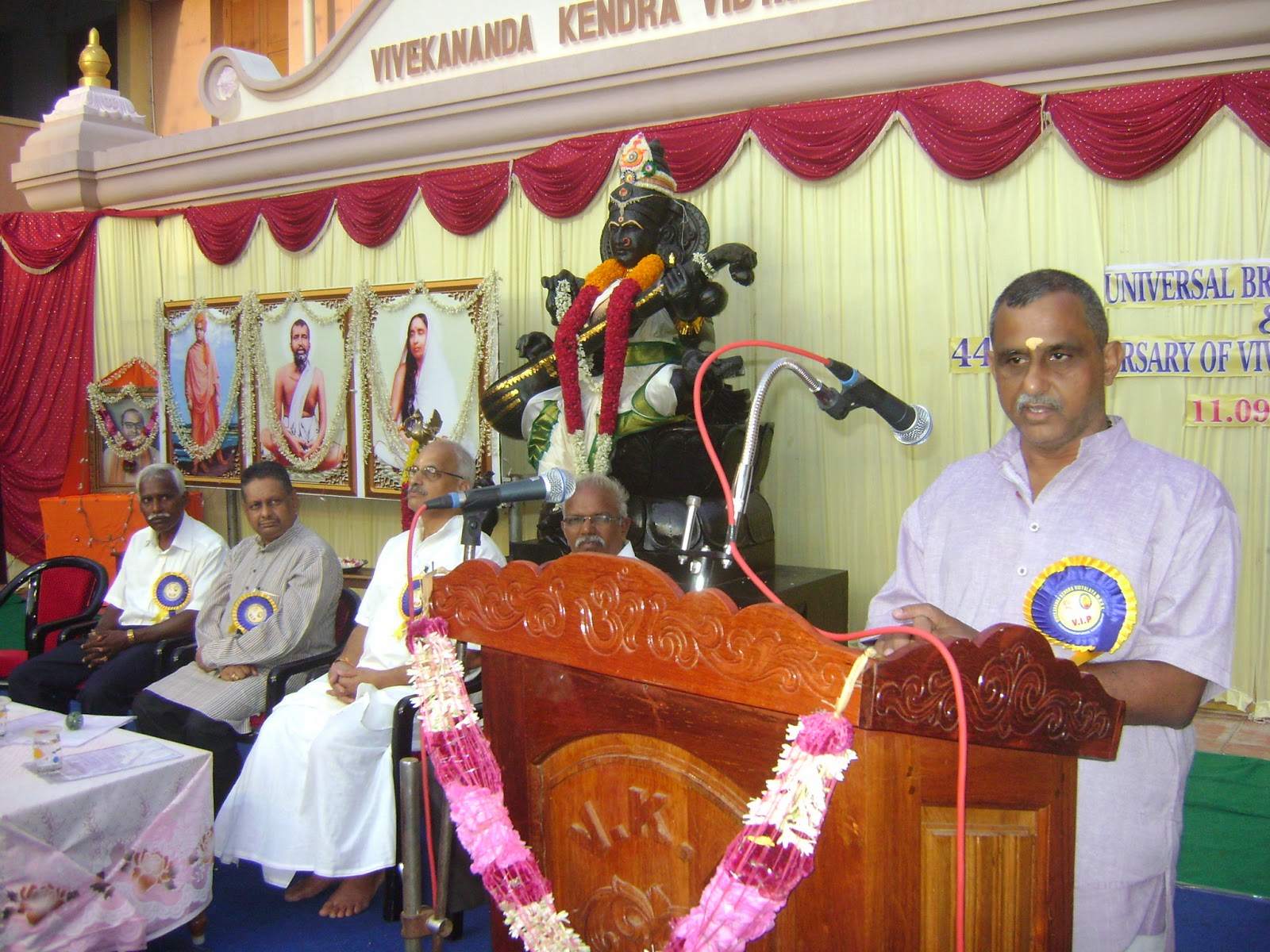 Our honourable Chief Guest Sri. R.S.Sundar, Site Director of Koodankulam Nuclear Power Project lighted the lamp.
In our school 44th Anniversary of the dedication of the Vivekananda Rock Memorial and Universal Brotherhood day celebrations were celebrated in a grand manner. The programme started at 5.30 P.M.
On that happiest occasion we initiated our programme by an invocation song sung by VIII and IX standard students of V.K.V.
The welcome address was presented by our school beloved Principal Shri.S. Abraham Lingom. 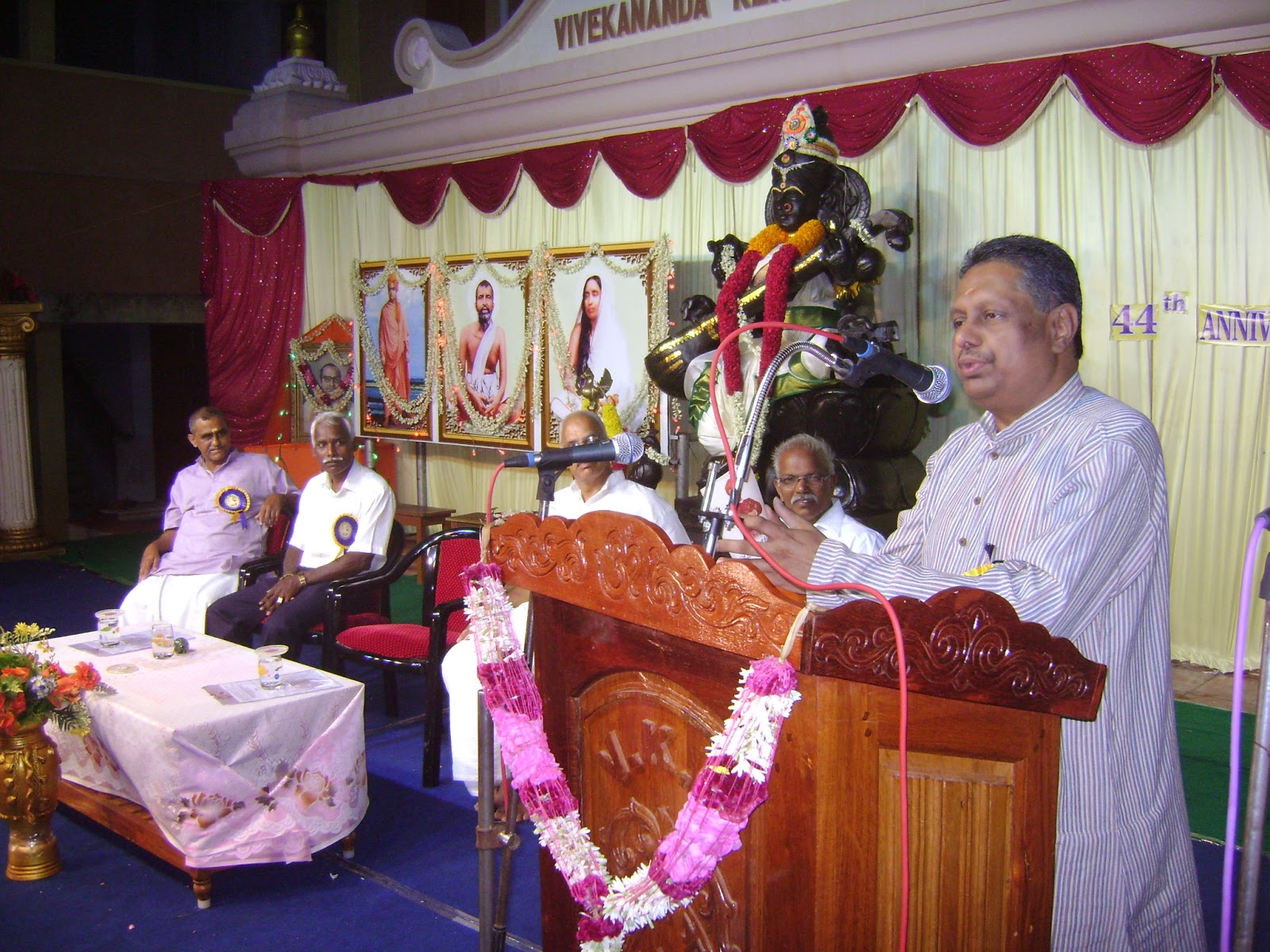 The function was presided over by our Special Guest Man.Hanumantaraoji, Treasurer of Vivekananda Kendra. He addressed the audience. He expressed his views about Swamiji’s address which was a turning point of Indian people. He noted the five important words of Swami Vivekananda ‘Sisters and Brothers of America’ which the audience considered Swamiji as the greatest example of our whole nation. He talked about the ancient and modern condition of India. He said that he was proud to belong to the nation which had self esteem, self respect and self confident. He expressed that our India has Universal acceptance and tolerance based on our Culture, Religion, Gigantic spiritual different diamonds and social economic developments ‘Vasu Dev Kudumbaham’ means belonging to one family.
He advised the students to remember the three words ‘help don’t fight’ and they must have patriotic confident life.
Next our teacher Smt.P.Jeya who won the first prize in English elocution competition. She delivered the speech in English.
The Kendra employees who had completed their 10 and 20 years of service were honoured. Our teacher Smt.P.Jeya read out the names.
The students of VIII standard expressed their spirituality feelings in the form of a song in our national language.
Our teacher Shri.R.Sundara Kumar who won the first prize in Tamil elocution completion. He delivered the speech in Tamil.
Various competitions were conducted for our teachers on account of Janma Shati Parva. Our teachers participated in the competitions enthusiastically and won the prizes. Our honourable Chief Guest gave away the prizes for our teachres.
We had an eminent person Shri.R.S.Sundar, Site Director of Koodankulam Nuclear  Power Project as our Chief Guest addressed the audience. He expressed his views about Chicago address.He told about Swamiji’s thought each soul is potentially divine.
He advised the students to have self confidence and face their problems directly. Self confidence will alone lead a person to achieve success. He talked about the Mananeeya Eknathji’s struggles for constructing the Rock Memorial. He suggested the students to plant atleast 50 saplings in their life long period.
Our special guest presented the memento to our honourable Chief Guest.
Vote of thanks was proposed by Shri.Krishna Swami, Administrative Officer of Vivekananda Kendra.
Various cultural programmes were performed by our V.K.V. Students . The programme was concluded by Kendra Prayer. 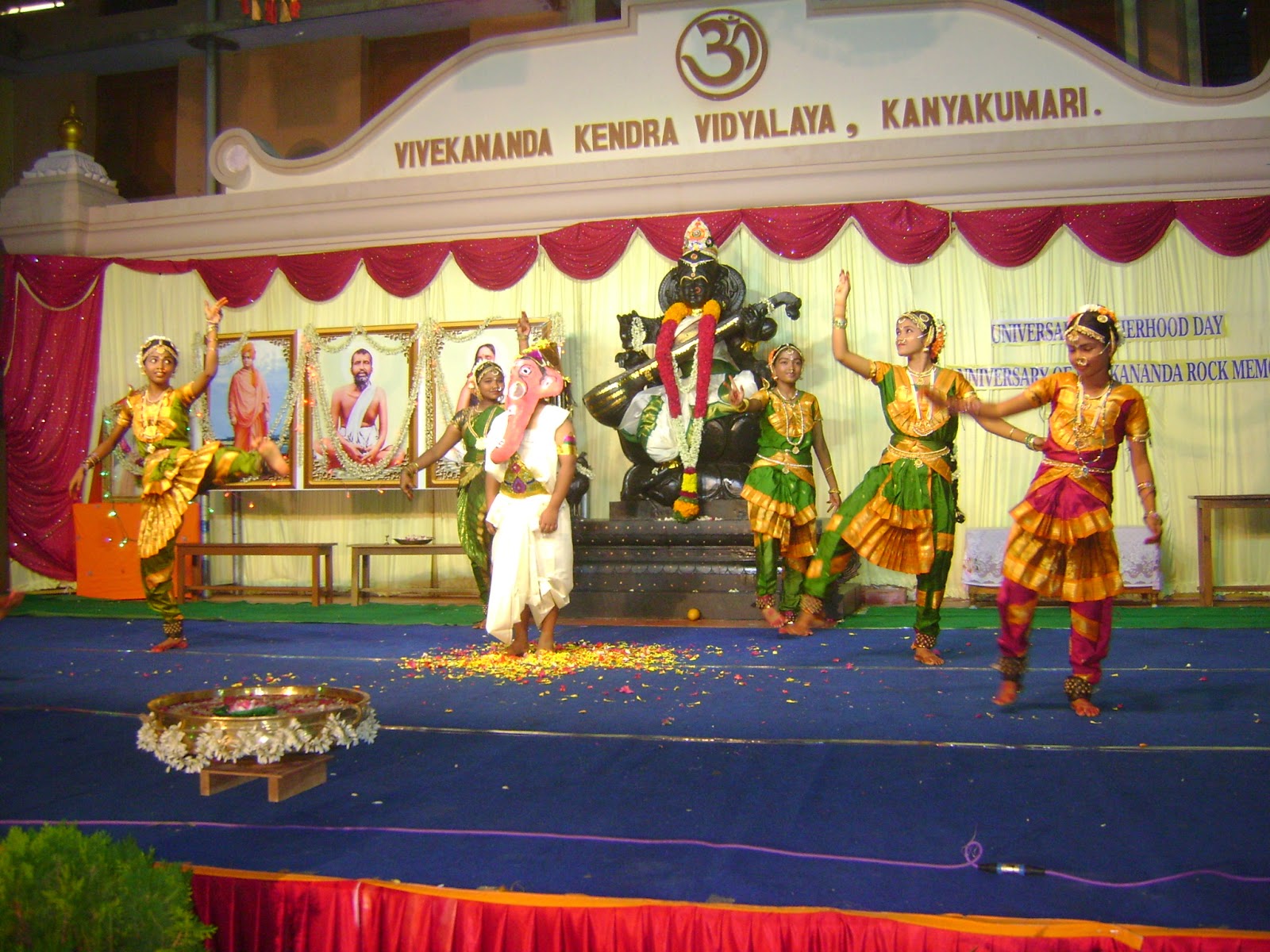 
ONAM CELEBRATION:
Onam is a Hindu festival celebrated by the people of Kerala and Tamil Nadu. The festival commemorates the Vamana avatar of Vishnu and the subsequent home coming of the legendary emperor mahabali. 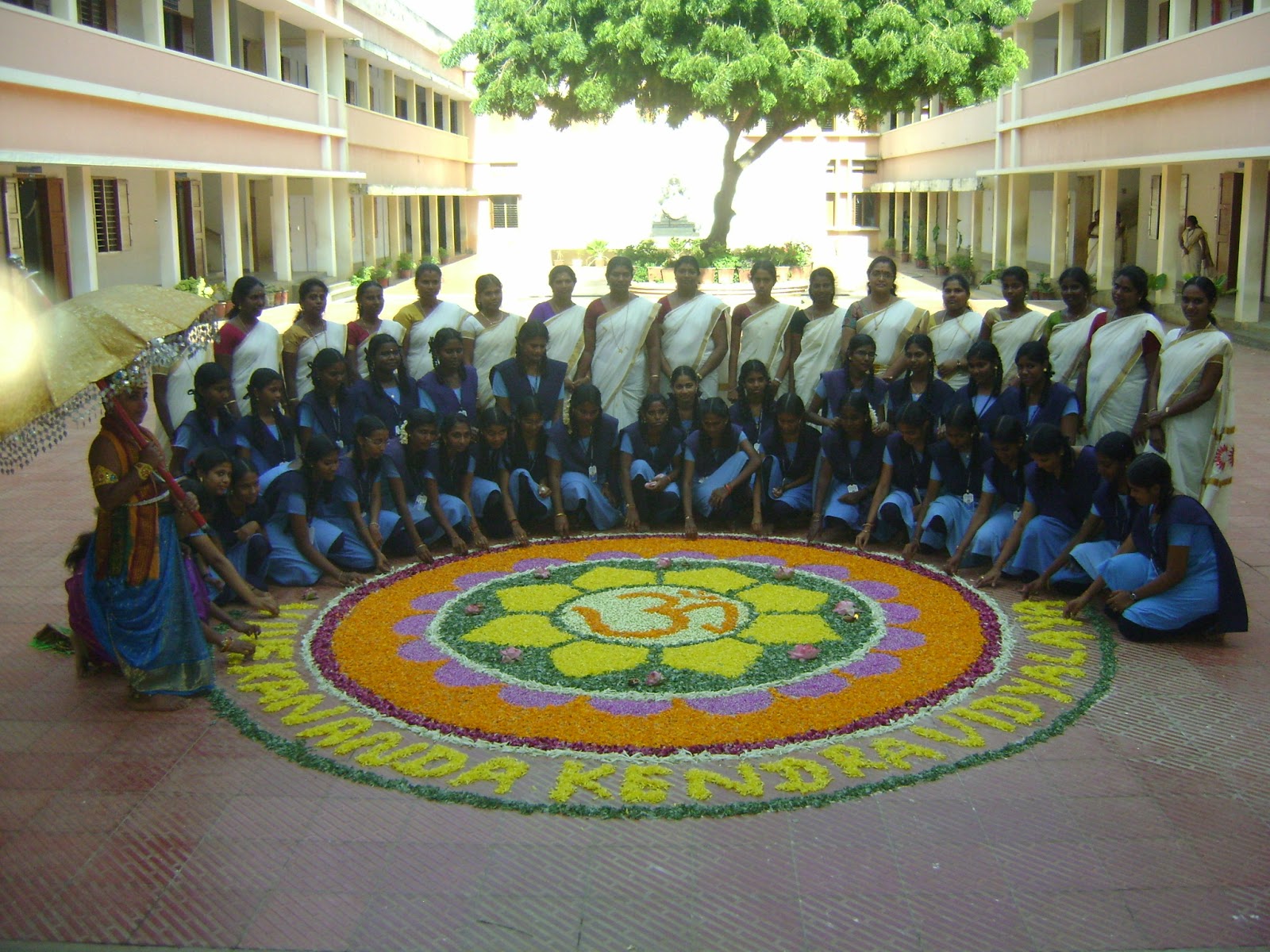 People celebrate Onam with great gaiety and enthusiasm. It falls in the Tamil month of Aavani. Drawing flower carpets is the main attraction of this festival.
Onam celebration was celebrated with colourful Rangoli and it was decorated with varities of flowers called as Athappu. The students of XI standard decorated with flowers. M.Manoj of V standard enacted as King Mahabali on that day.
at 15:42 No comments:


VINAYAGA CHATHURTHI:
Vinayaga Chathurthi is an important festival in India. During this festival the idols of God Ganesha are kept infront of the temple which is elaborately decorated with flowers, lights, etc. People prepare various sweets, fruits and bengal gram and offer it with great devotion. Various forms of music are an essential part of this procession. 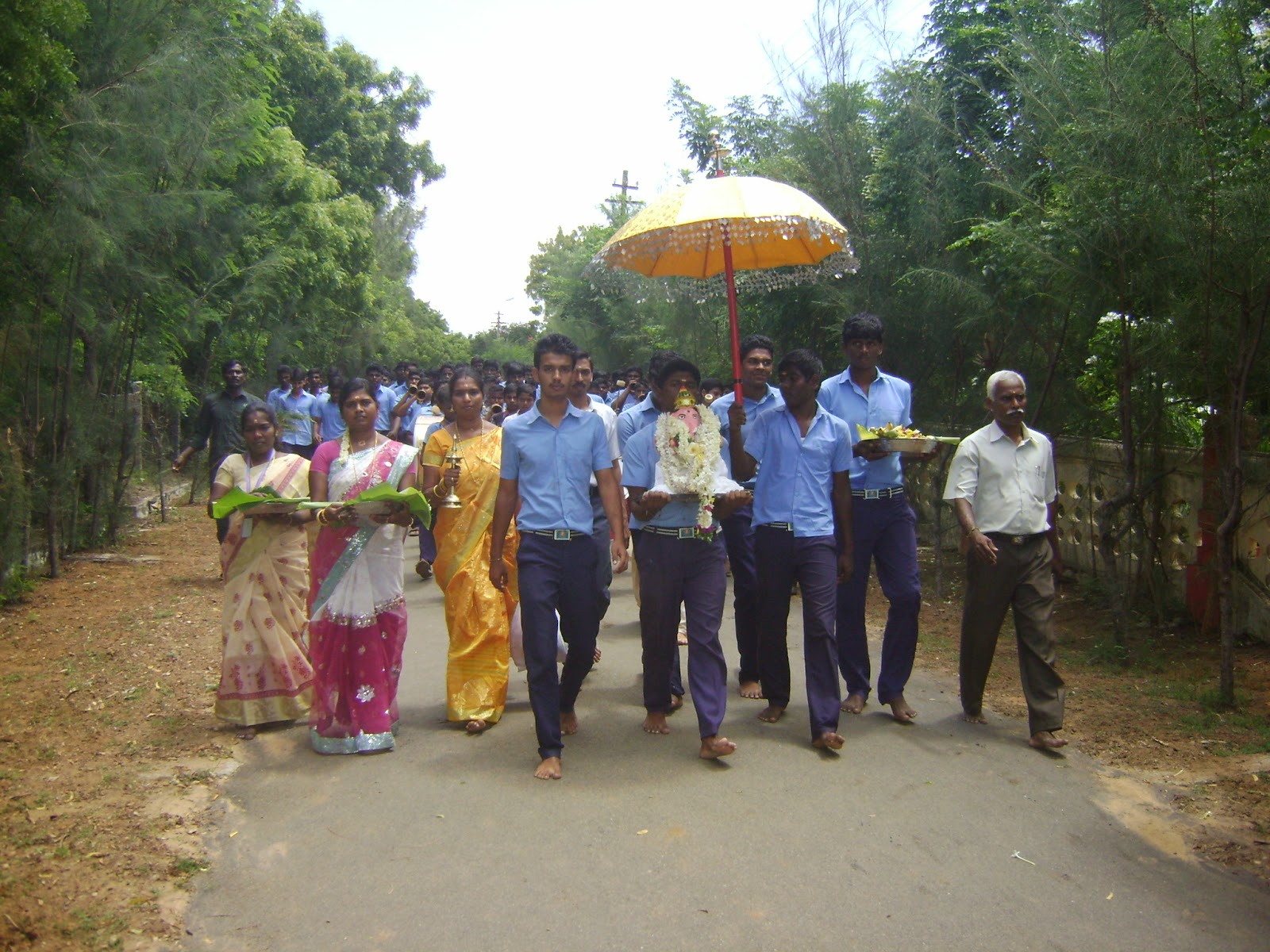 
We celebrate Teacher’s day on 5th of September every year. This day is dedicated to Dr.Sarvepalli Radhakrishnan. He was the first Vice President and the second president of India. He was a great scholar and teacher. As a mark of respect, we celebrate his birthday as Teacher’s day. Teacher’s day is celebrated to pay tribute to the hard work and devotion of the teachers to educate children. 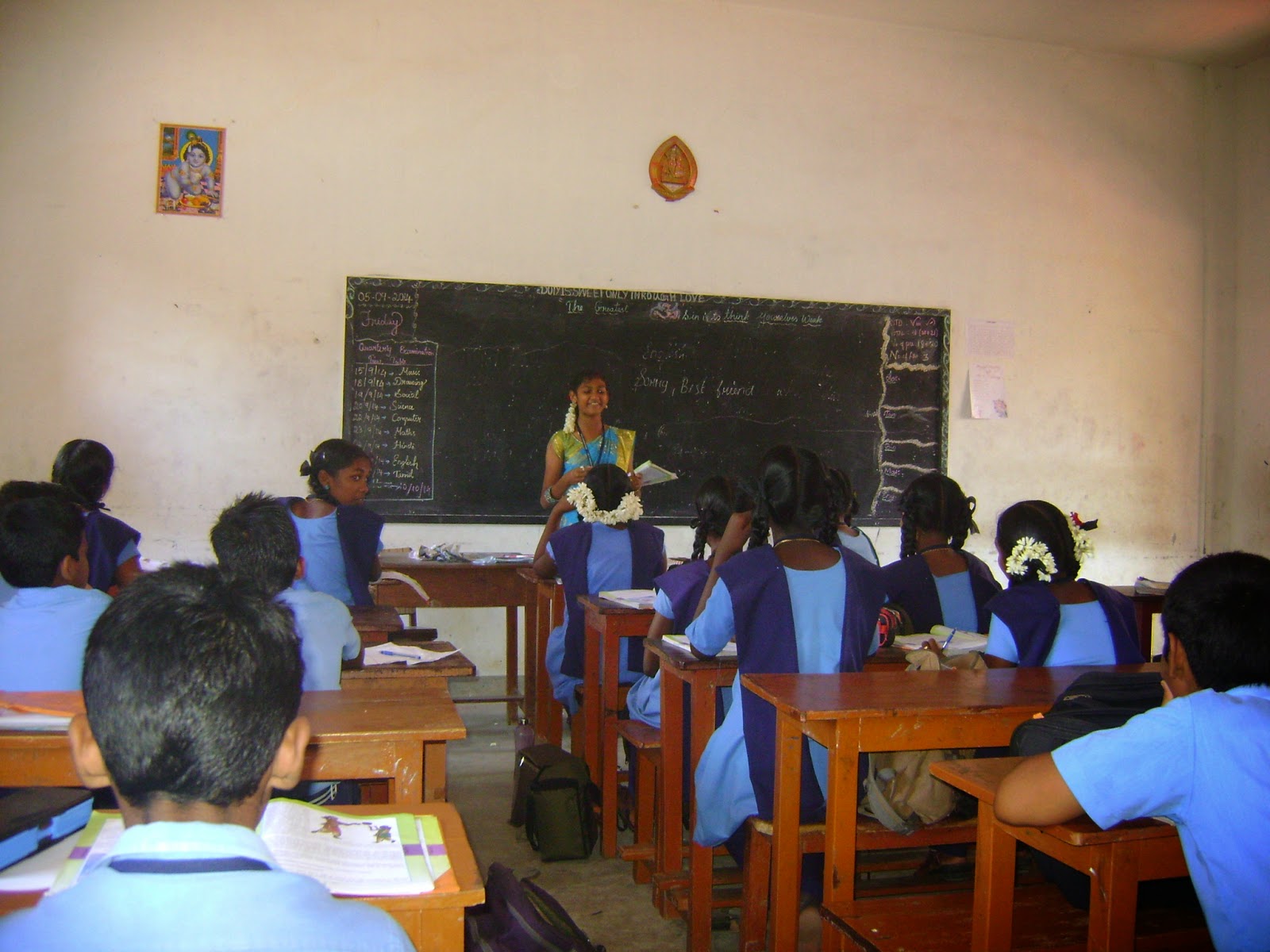 Teacher’s day was celebrated on 05-09-2014. The students of V.K.V. enacted as  teacher. M.S.Abinaya of XI standard acted as the student Principal. Some of the student teachers shared their experiences.