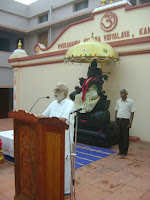 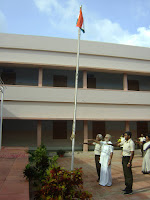 It was followed by flag hoisting, National Anthem and Pledge. Smt. Hemalatha , teacher of VKV,KK welcomed the gathering. A group of teachers kindled the patriotic feelings through a song. Mann. Balakrishnanji, President of VRM & VK presided over the function and addressed the gathering. 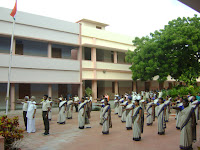 He insisted each one to follow a life of dharma and live for the society . Smt.P.Jeya, teacher of VKV,KK expressed the gratitude to the participants for their valuable presence which was followed by Kendra Prarthana. 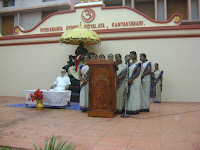