Yoga is an art. It gives peace of mind and power of concentration. The origins of yoga have been speculated to date  back to pre-vedic Indian traditions,it is mentioned in Rigveda. 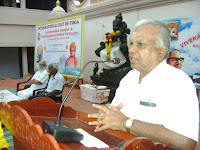 In our school, the International yoga day was celebrated in a grand manner. The programme began sharply  at 7.30 am headed by the dignitaries Man.Balakrishnanji, Vice  President of Vivekananda Kendra and Mann.Krishnamoorthiji, the editor of Vivekavani. 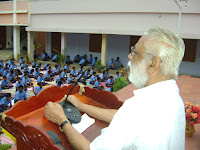 We initiated our programme by an invocation song. It was sung by Sri.Manikumar Sir. The welcome address was presented by our teacher Kum.KalpanaParvathi. The importance of the day was delivered by Sri.Sundarakumar Sir. Next our teacher Kum.Sindu Rani explained the values of Yoga. 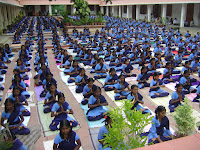 Our Physical Education master Sri. Raja Kumar gave the command and all the students, staff, Kendra kariyakarthas and teachers performed the yoga in a very pleasant atmosphere infront of the Goddess Saraswathi Devi. They performed a number of Yogas such as Padahastasana, Ardhachakrasana, Parsvakonasana,Vajrasana,Bhujangasana and Savasana. 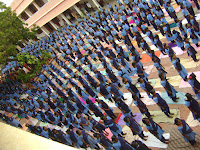 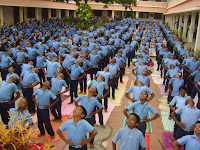 Our Honourable Special Guest Man.Krishnamoorthiji addressed the audience. He expressed his views about the importance of the day. He explained Yoga is not a Physical exercise. It develops our concentration power and peaceful mind. He instructed Yoga should be the part of our life and should practice it regularly. He informed that Yoga is hidden in our daily activities. He explained the different kinds of Yoga which benefitted small children to the aged people. He concluded his speech saying Yoga makes the man active. 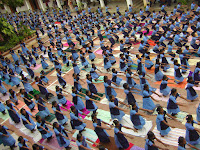 Our Chief Guest Man.Balakrishnanji, the Vice President of Vivekananda Kendra addressed the gathering. He explained the essentials of Yoga in our life that Yoga is not an exercise to keep our body fit, but it purifies the human mind and soul. Yoga makes our body and mind flexible. A person could attain the power of concentration only through Yoga. He reminded us that Yoga improves our overall skill. He advised the students to practice Yoga atleast 45 minutes everyday.

Finally the Vote of thanks was proposed by our teacher Kum.Kalaivani. And the programme was concluded by our Kendra Prayer.
at 11:03 No comments:

Teachers orientation camp begun on 25th May 2016.As planned it was a five days camp to revive and regulate our talents in teaching skill. Reporting and prayer song started the day pleasantly. Mann.Krishna Moorthiji, Mann.Hanumanth Raoji also was a part of the inauguration. 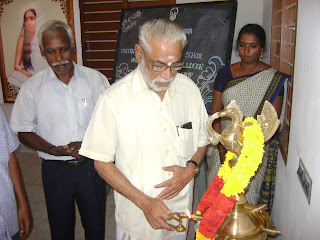 Our first session of the day was begun by Smt.Susheel Didi. Her session of Ice-breaking was so amazing. Her information to handle classes and adjust to the curriculum were so helpful tips to all teachers. Second session of the day was well executed by Dr.Subramaniamji, whose points on value education and need to attain education to its fullest highlighted the necessity of education to all people around the world. Again the part of Smt.Susheel took a major part of learning soft skills. She insisted upon team work as the key for success. 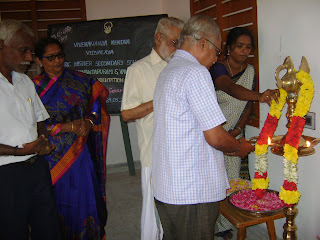 Third session of the day was done by Sudhakarji. The topic of the session was SKIE. It means S for Self, K for Knowledge, I Informed and E for Essence. The class of Sudhakarji broughout the need to understand and help a child to make its imagination or dream come true. Powerpoint presentation gave a clear understanding of the session. 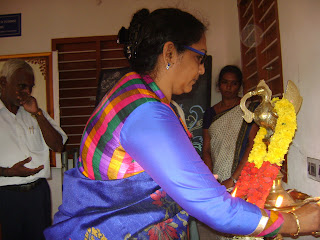 End of the evening session was also carried out by Smt.Susheel. 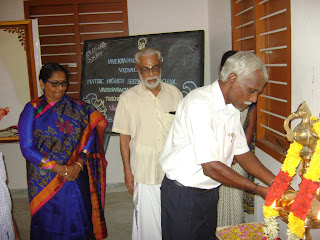 Second day of the camp 26th May, begun with reporting and prayer. First session of the day was handled by Shri. T.R.Jothilingamji. His session was full of maths that made us feel the bondage of maths to each and everything of the universe. Second session of the day was utilized by learning soft skills under the pre-eminent personality Smt.Susheel. Lunch break of each day was followed by song session. Session III was allotted for presentation. Teachers of both VKV Kanyakumari & Valliyoor were given the chance to present their ideas on the topics assigned to them. The day’s last session was dealt with activities of Kendra. 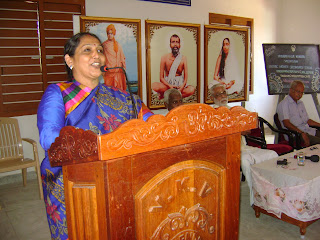 Third day of camp begun with conventional way of reporting and prayer song. First session of the day was handled by Shri.T.R.Jothilingomji on fun maths. He made us enjoy maths utmost. Usual break was followed by Smt.Susheel didi’s session. She gave us methods to be followed in order to learn English and speak English in an excellent manner.She also taught us to learn methods to improve handwriting through calligraphy. Lunch break was followed by songs session. Third session of the day resumed the previous day’s presentation. 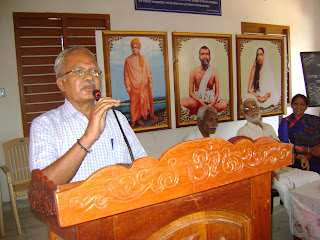 The fourth and final session of the day was yoga. Smt.Thangalekshmi Balasubramaniyam explained on the various needs of yoga and also taught us to do breathing yogas. 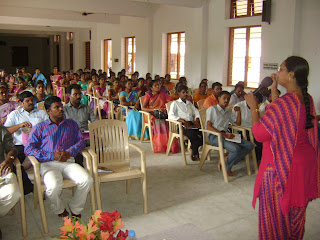 Fourth day of TOC begun with traditional way of reporting and prayer song.First session was manipulated by Smt.Susheel. She gave shortcut methods to learn grammar. She also made brain games which were so interesting. She repeatedly insisted to develop skills in English. She requested to pay as much as attention to means so the results could be achieved. 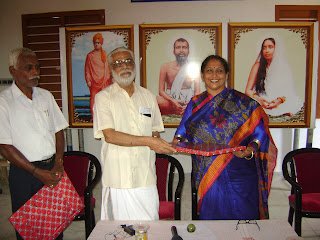 Second session was handled by Jothilingomji who gave various brain games in maths. We were put to think over the answer in various ways. It was highly helpful to develop our mathematical skills. Lunch break was followed by song session. Third session was allotted to endup presentation. Fourth session was yoga and maths exhibition. Both were useful to develop the skills. 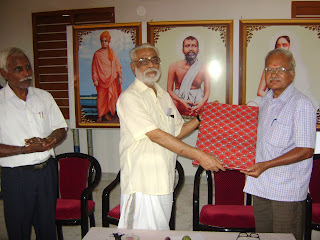 The final day’s session was conducted by Smt.Susheel. Followed by the session was the concluding session. Mann. Balakrishnanji lit the lamp and song was sung to pray God. He advised us not to be a bonsai tree but to develop day by day. The celebration was concluded with Kendra Prathana.
at 11:00 No comments: