Vivekananda Kendra, a spiritually oriented organization has got a bond relation with Gods and Goddesses.  We celebrate several religious festivals.  One among them is Vidyarambam. 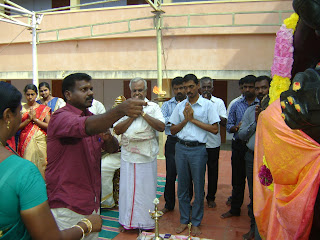 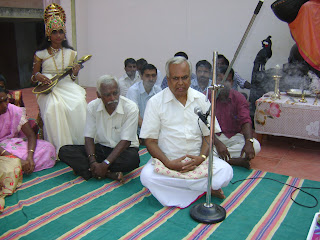 Our school’s Vidyarambam began on the fine morning of Thursday, 22nd October in our school premises.  Students of eighth standard were beautifully dressed as Goddess Saraswathi carrying Veenas in their hands. 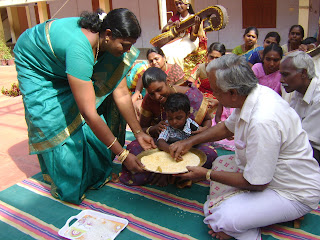 Parents and teachers brought their children to start their education by the spiritual bliss of Saraswathi.  Mann. Krishnamoorthiji began the function with songs on Saraswathi.  He made children taste the honey by which children were made to feel education as an enjoyable one. 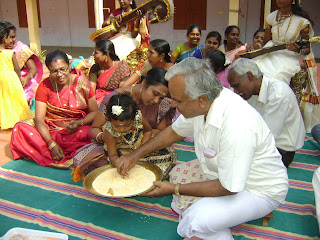 He made children to begin the education with joy of writing ohm.  He spoke about the importance of the day.  The day on which Rama defeated Ravana. 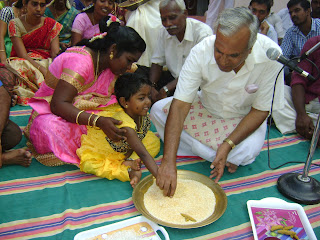 The day which is meant as a remarkable one for learning.  The program was winded with shanthi mantra.
at 16:30 No comments:

Vinayaga Chathurthi an auspicious festival of Hindu’s is celebrated each year in our school in a grand manner. 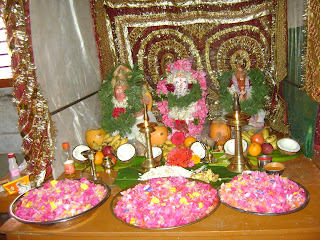 To bring in God and to receive his spiritual bliss, we make an idol of Ganapathy with clay. We began the celebration on 17-11-2015 by students of IX and XI standard. The celebration continued for ten days in a marvelous manner. The students of various houses contributed flowers, garlands, coconuts and prasadams that added beauty to the celebration 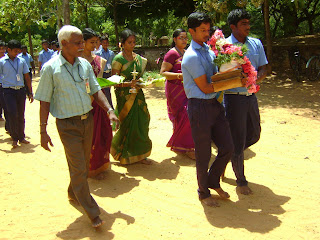 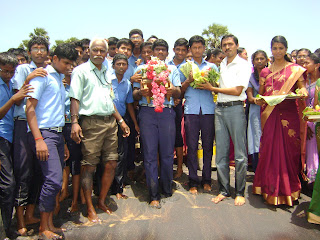 A holy procession was done carrying the idol of Ganapathy to be dissolved into sea. Prasadam was supplied at 12.00 pm. Thus the celebration came to and end.

An educational tour was arranged for 9th standard students for two days. We started at about 8.00 pm. On 27th of September with the blessings of Ekashara Mahaganapathi. We reached Chotanikara temple at early morning 4.00 am. After worshipping the Goddess Devi we started towards Cochin. Reaching Cochin we had our breakfast. Then we traveled to Fort Kochi in boat where we saw a museum of policemen. We had boating for 2 hours admiring the beauty of the spot. 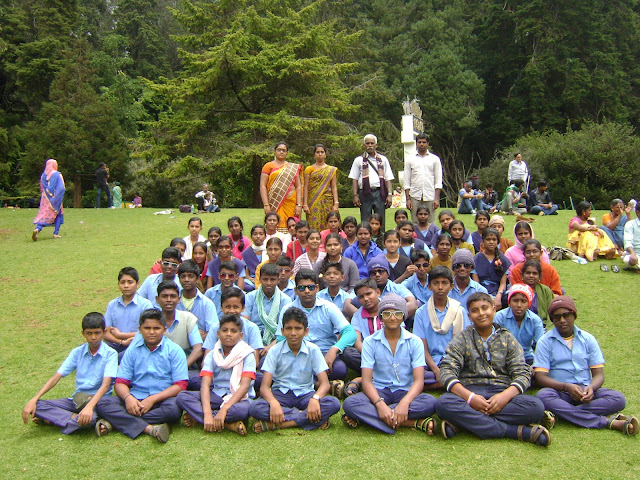 Then we traveled towards Thrissur district to visit Athirapilly waterfalls. On the way we had our lunch. We reached the waterfalls around 3.00 pm. but unfortunately couldn’t enjoy the beauty of the falls due to heavy rain. 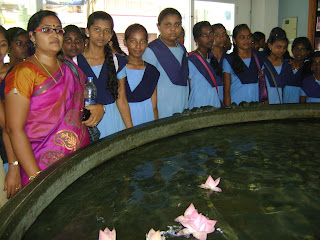 From there we moved towards Mettupalayam where we had our stay. On 29th morning around 7.00 am. We started our journey towards the queen of hills-Ooty. Ooty welcomed us with a pleasant climate where we visited tea factory, Botanical gardand Sims Park. 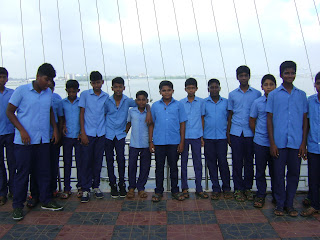 The same day evening at about 5.00 pm. we returned to Mettupalayam, had our dinner and started towards Kanyakumari. We reached Kanyakumari on 30th September morning 6.30 am. Through this tour the students came to know the life style of the people of different areas. This tour was a beneficial one for the students in two aspects, both, education and enjoyment.
at 17:03 No comments: