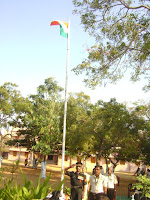 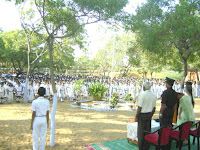 “A nation’s culture resides in the hearts and in soul of its people”.
Republic day is a day to remember when the constitution of India officially came into force on January 26,1950. This historical act formally transitioned India to become an independent republic and hence it is celebrated on January 26 every year. 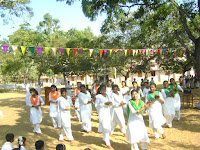 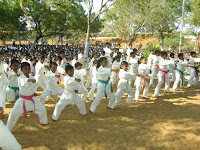 Vivekananda Kendra Vidyalaya celebrated the 70th Republic Day on 26th January 2019 with pride and patriotism. The programme began at 8 a.m. The programme was presided over by Mann.Nivedita Didi, Vice President of VRM & VK. The Chief Guest for the day was Subeidar Major/Hony.CaptainG.Kumaradhas.

The programmme was compered by Prathaban of IX standard student. Our celebration was initiated with invocation “Vandhematharam” which was sung by students of VIII and IX standard. Smt.Nallammal, Teacher of Vivekananda Kendra Vidyalaya welcomed the Chief Guest, President of the function, Principal, Vice Principal, Staff, Students, parents and the participants of the function. 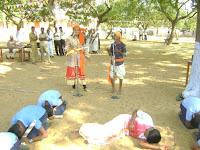 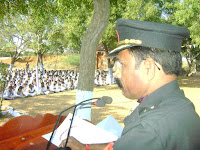 Our Chief Guest hoisted the National Flag and pledged to uphold the honour and integrity. The students sang a patriotic song.C.R.Archana of IX standard delivered an English speech about the importance of the day.

The students of Vidyalaya exhibited their talent through karate. We also had a patriotic song in Tamil by the girls of VIII and IX students. A colourful dance was performed by XI standard students . The Chief Guest addressed the Indian army. He remembered the difficulties faced by our freedom fighters. He mentioned that the development of our country in the fields of science, space, communication, education, sports and health. He specified that the percentage poverty also decreased after independence. He advised the students to dedicate their service to our country and give respect to the elders. 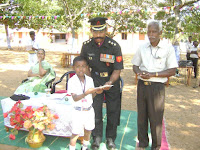 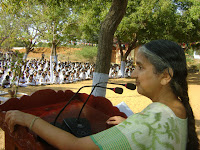 The students of V.K.V. brought the stage alive with their love and affection of the motherland through their drama in Tamil. We also had an inspiring speech by our honourable President of the function Mann.Nivedita Didi. She expressed that the students should give their best in all circumstances.
She illustrated the service of Indian computer scientist Sri. Vijay Pandurang Bhatkar who led the development of param super computers. She advised the students to follow the good habits and they should not support any immoral activity and temptation. She instructed the students to follow our Indian culture and tradition. She insisted that the students should always work for the progress of our nation. She also illustrated the freedom fighter Chandra Shekhar Azad who sacrificed his life during the Indian Independence struggle. She advised the students to be the role-model to the society. She congratulated the students for their bright future in a right way. 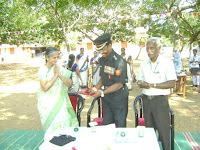 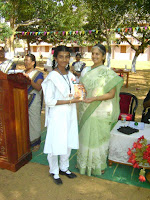 National Youth Day is celebrated in India every year on 12th January on the birth anniversary of great spiritual leader Swami Vivekananda. Swami Vivekananda’s words are the source of inspiration for all. National Youth Day was declared by Indian Government on 12th January 1984. It has been celebrated throughout India since 1985.
Vivekananda Kendra Vidyalaya celebrated its annual day on 12th January 2019 with great enthusiasm. The function started at 2.15 P.M. with lighting the lamp ceremony by the special guest Dr.S.Subramania Pillai, M.A., M.Phil.,Ph.D.,D.Litt, Principal of Arignar Anna College of Arts and Science, Aralvaimozhi and Sri Bala Krishnan, Campus Manager of Vivekananda Kendra.

Dr.S.Subramania Pillai as our special guest addressed the gathering. He reminded that the meeting between the king Sri.BaskaraSethupathi and Swami Vivekananda and also mentioned how Swamiji got a golden opportunity to visit Chicago for delivering his spiritual address. He mentioned the visit of Adhi Shankara to Kanyakumari who wrote Soundaryalahari on Devi Kanyakumari. He praised our Indian culture and civilization. He quoted Gandhiji’s teaching that the education through value is real education. He advised the students to obey the teachers and parents’ role in the society. He expressed that education must preach the discipline and teachers should shape the students in well manner. He advised the students to utilize the library and avoid using cellphones. He insisted the students to fix their goal and develop their confidence. He specified the essential of punctuality in students’ life.He told that the parents should co-operate with the teachers in students’ education and they should give a great atmosphere for studying . He congratulated the Principal, the students and teachers of Vivekananda Kendra Vidyalaya who act as a vital part of our Vidyalaya.

The Principal presented the memento to the honourable special guest.  Vote of thanks was proposed by smt.K.G.Sariga, Vice Principal of V.K.V. The programme ended with kendra prayer at 6.15 P.M. 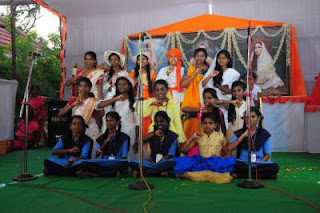 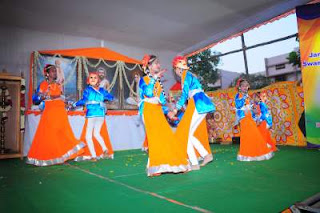