On the auspicious morning of 26th January 2021, we celebrated the 72nd Republic Day in our school premises.  The event began at 8.30 a.m.  It was compered by teacher  Smt.K.Bowya.

The celebration was initiated with an invocation “Vandhe Madharam”, which was sung by the teacher Shri.Manikumar.

Mann. Nivedita didi, Vice President of VRM & VK unfurled the tricolour National Flag.Pledge was presented teacher by Shri.Rajukumar.Smt.Anuradha, Teacher of Vivekananda Kendra Vidyalaya welcomed the gathering.Teachers of VKV sang a patriotic song in our national language. Teacher Smt.Prema delivered an English speech on the importance of the day.

Mann. Nivedita didi, Vice President of VRM & VK, presided over the function.  She highlighted the significance of the day. She said that as we worship different Gods during different festivals, Independence Day and Republic day are the festivals on which Mother Bharath should be worshiped. She quoted the words of Swami Vivekananda that when one starts worshipping the living people, only then he is worthy to worship his own God or Goddess. She also pointed out that Our Country has inherent democratic tradition. India’s democracy is a civilized democracy. Finally she insisted the teachers to make the students socially alert. We should protect our freedom and know what is happening in our Country. Only then the real celebration takes place.

Shri.Selvan, teacher of Vivekananda Kendra Vidyalaya proposed the vote of thanks.

The programme was concluded by Kendra Prarthana at 09.20 a.m.

We celebrated the 158th Janma Diwas of Swami Vivekananda and National Youth Day on 12/01/2021 in a grand manner. The programme began at 4.00 pm. It was compered by Smt.P.Jeya, Teacher of Vivekananda Kendra Vidyalaya.

Initially, a drama and a puppet show on life of Swami Vivekananda were presented by South Zone Cultural Centre, Thanjavur under the Ministry of Culture, Government of India.

The celebration was initiated with an invocation song sung by Shri.Manikumar, Teacher of Vivekananda Kendra Vidyalaya. 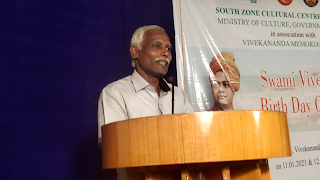 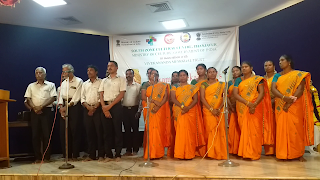 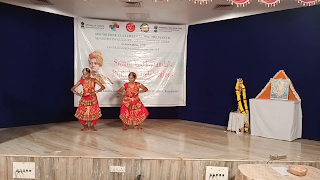 Teachers of Vivekananda Kendra Vidyalaya gave a feast to the ears of the audience through a melodious song.

Students of Vivekananda Kendra Vidyalaya also welcomed the gathering through a welcome dance. 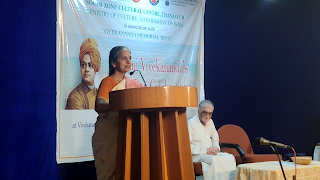 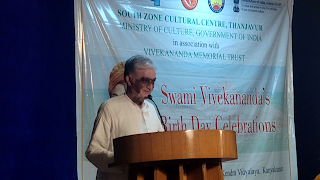 Shri. P.R.Krishnamoorthiji, Organizing Secretary of Sanskruthi Bharathi, Bengaluru and his team portrayed beautiful rangolis as the part of this celebration. 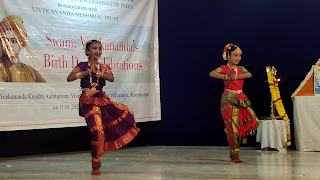 Also there was a dance performance by students of Vivekananda Kendra Vidyalaya and Villu pattu by South Zone Cultural Centre, Thanjavur.

The programme concluded with Kendra prarthana.